The American Academy of Orthopaedic Surgeons (AAOS) was seeking a completely revamped version of their very popular medical coding tool for orthopaedic surgeons called Orthopaedic Code-X. One major requirement was to deliver an application that functioned and looked the same on both the Microsoft Windows and Apple Mac platforms and could also be shared as a networked application via a Microsoft Windows Server, Terminal 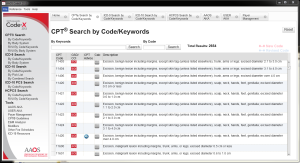 Server or the Citrix environment. Furthermore, they were keen on having an updated interface to make it less cumbersome for users to switch among the many different features and functions available in the application.

Computer Architechs International Corp. (CAI) was chosen for this project, from a select pool of vendors, after CAI submitted a proposal to use Adobe AIR, Adobe’s HTML5 based multi-platform development tool for Windows and Mac, and after receiving very positive response regarding the proposed “tabbed interface” concept to solve the application’s navigational challenges. The decision to use Adobe AIR was because of the tool’s ability to seamlessly develop applications on either Microsoft Windows or Apple Mac and then deploy a run time version of the application for both platforms. 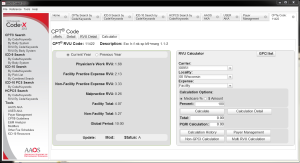 The release of the desktop version of the application was quickly followed by the release by CAI of the updated version of AAOS’ Orthopaedic Code-X Lite 2013 mobile app (aka X-Lite 2013), This mobile application is available free to all Code-X 2013 subscribers and allows orthopaedists to code on-the-go on both the Google Android and Apple iOS platforms. The app supports Android smartphones, Android tablets, Apple’s iPhone, iPad and iPod Touch. This marks the thirteenth year CAI has released the mobile (pocket) version of Orthopaedic Code-X for AAOS.

Check out this video tutorial on how users can use AAOS Code-X 2013: